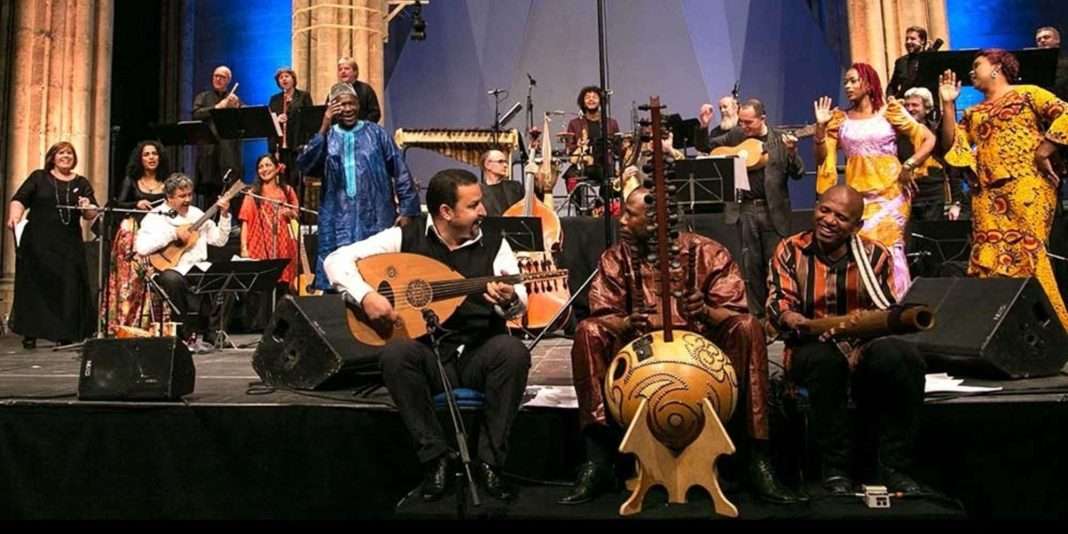 The idea of ignoring an entire peoples’ humanity is, and will always be, a monstrous paradox.

And yet, when Portugal’s first mass slaving expedition arrived in Africa in 1444, that’s exactly what European, and eventually New World societies, chose to falsely believe — that some people are simply not human.

In acknowledgment of this horrendous period in of history, Catalan maestro Jordi Savall created the musical memoir “Les Routes de L’Esclavage,” or, “The Routes of Slavery,” in association with the United Nations Educational, Scientific and Cultural Organization (UNESCO). The performance project chronicles the musical and cultural expanse of slavery from the years 1444 to 1888, positioning the sounds of western colonial compositions alongside the oral traditions passed down by enslaved peoples.

Over a career spanning 50 years, has released hundreds of recordings and re-popularized long-forgotten medieval, Renaissance and Baroque music and instruments. With his late wife, the world-renowned singer Montserrat Figueras (1942-2011), he founded his own record label as well multiple music ensembles. Savall’s works have been praised for both respecting the history of early music while also reinvigorating the genre through creative cross-cultural collaborations.

Much like Savall’s past works, such as “Jerusalem” and “Granada 1013–1502,” “The Routes of Slavery” is just as much a musicological study as it is a performance piece.

“I start with the music I know and then add depth by historical research,” said Savall in an interview with Bachtrack earlier this year.

”To shed light on this history, I asked myself ‘What music was played at the time? What music is played today by the descendants of those slaves?’”

To better understand the oral practices passed down by enslaved peoples, Savall enlisted the help of musicians throughout Latin America and Africa, becoming familiar with the repertoire in the process. While Savall does his best to stay true to the music, he acknowledges that he “had to make compromises” in order to successfully present it in tandem with the rest of the project. This included having to compose new material, following the traditions as best he could.

“It’s a long process and one which continues,” he says.

The medley of African and colonial sounds found in “The Routes of Slavery” aurally transports listeners to the era, showcasing the immense influence that slavery had in the musical development of three continents.

That said, the flow of performance never strays far from the truth of its history. “It was important to retain the pleasure of listening to this music, but it was just as important to make one reflect on this sad, ugly history of civilized countries treating human beings worse than animals,” said Savall.

“My ambition was to make people think as much as it was to help them discover this music.”

“The Routes of Slavery,” enlists an enormous number of musicians. Participating ensembles include two of Savall’s own groups — Hespérion XXI and La Capella Reial de Catalunya — as well as the multinational Tembembe Ensamble Continuo. Along with additional individual performers, the project consists of artists from Colombia, Mexico, Brazil, Mali, Spain, the United States, and Catalonia.

Instrumentally, the performance is eclectic. Audiences will be surprised to hear a marimbol (which, although Latin American, has African roots) playing alongside the baroque sounds of a Viol da Gamba — while both are backing a Malian griot chant. The musical character of the program is consequently familiar, yet very fresh.

But Savall recognizes that the beauty of this musical compatibility is merely “the positive, reverse side of a culture of conquest and forced invasion.”

“Singing was…their chief means of expressing their sorrows and their joys, their suffering and their hopes,” writes Savall in the show’s program notes. “It enabled all those people with their diverse origins and languages to create a common world and withstand the negation of their humanity.”

The show is interspersed with narrated texts from individuals across human history, such as Aristotle, Martin Luther King Jr., and firsthand accounts from slavers and enslaved peoples. While spoken alongside the beautiful and even harmonious music being performed, the narration provides a brutal account of western society’s shifting — and often injust — perspectives on humanity, slavery, and racism.

The number of texts and repertoire for the show continues to grow. “The Routes of Slavery” now includes further explorations  into ‘New World’ works, adding more American slave songs, gospels, and writings. Savall plans to further his research for performances in 2019, with music from the West Indies, Puerto Rico, and Cuba.

Today, there are still more than 40 million enslaved and exploited peoples throughout the world. “The Routes of Slavery” expresses the hope that through the memory of past atrocities, and by the forgoence of cultural discrimination, civilization can one day halt all forms of dehumanization. Savall believes that the future of classical music will follow a similar path.

“We’ve lived for a long time with the idea that Western culture was the most important, while looking down on other cultures that are in reality just as valuable,” Savall said with Bachtrack.

“That’s how I think the future of music will be built: on dialogue, on respect for other cultures and in bringing together great musicians from different traditions.”