A Good-bye to 2020: Introducing the Pandemic Place Questionnaire

Late one Friday night in May, I went for a rambling walk in my neighborhood, enjoying the late-night abstractions of streetlights and shadows transforming a familiar landscape into something just a few shades different from daytime. I made my way towards the two streets of nearly identical, chunky houses where I live, my body cutting through the humidity. Trees framed the street, as I climbed up the hill towards home, and I noticed house after house after house had huge glowing windows.

This year, many of us have seen our spatial environments shrink as we social distance. Some of us have been confined for most hours to the footprints of our houses and apartments. We’ve learned new Circadian rhythms of home: what time mail comes, what the sun looks like at noon, who goes for a run in the morning — the quiet tableau of neighborhood life unfolding in front of the window above a hastily installed work-from-home set-up.

Meanwhile, essential workers continue to work harder than ever to furnish our home offices, pack our groceries for pickup, and deliver our Prime packages of yeast and neoprene dumbbells. Teachers across the nation have spent the semester in plexiglassed classrooms where students sit for six hours a day in masks.

We’ve experienced or perhaps intuited that our experiences of space, from home to work to neighborhood, are uneven. COVID-19 is a spatial disease, preying on people based on their access to space.

On a larger scale, cities have been reshaped by the pandemic, both expanding and contracting in response to new needs and the sudden halt of old habits. Street life is curtailed: bars, restaurants, art spaces, concerts, and festivals, are cancelled. Corporate offices are silent. Grand urban spaces stand empty.

But need and ingenuity have reconstituted public space in our new pandemic city. Convention centers transformed into hospitals. Public spaces, even streets and highways, were the backdrop to the hundreds of Black Lives Matter protests earlier in the summer. In New York, streets are now restaurants. In Austin, some streets were claimed officially as space for walking and jogging; some were borrowed for less official neighborhood gatherings.

It is nearly impossible to comprehend how much has changed, how many have been lost, what living in the past felt like, and what the future could be like. But sometimes there are flashes of clarity, where normative structures of understanding, and the distractions of day to day life, slip away. Then you can see, in relief, how acute our problems are, and how they’re truly ours, not someone else’s.

One hot afternoon this summer, on my way to pick up a curbside order, I wove through the streets, ending up as I often do at the intersection of East Seventh Street and I-35. The Austin Police headquarters sat hulking and silent with its “One Austin – Safer Together” banner winking.

As I turned under the highway, I saw a makeshift sink that appeared to be hooked up to some water lines.  On the side of the white plastic, someone had written “thank you!”

Here was a sink for people who didn’t have homes during a global pandemic, in which the leading public health advice was to stay home.

And this sink was under an Interstate highway where homeless people regularly seek shelter, only to be removed by authorities, in a city where despite some efforts, homelessness continues to rise.

This highway was one that reinforced much of the dividing line of the 1928 city plan that cleaved Austin into two cities — one for white people, with running water and paved streets and electricity and economic opportunity, and one for Black and brown people, without.

But here was a sink that said, ‘Thank You!’

For all its chaos, the pandemic has brought brutal clarity. Our atomistic, cut the fat, screen mediated, ‘every person for themselves’ way of living is not working. We need collective insulation in the way of safety nets and robust public works budgets. We need support networks, and we need each other.

Many have realized this, and many have not. I see people that remain committed to social distancing in order to stop the spread and protect vulnerable members of our community as understanding this. I have also seen concrete political changes in Austin that make urgently needed system-level changes that will directly benefit our city’s most minoritized while making our city better for everyone to live in, as encouraging moves in this direction.

This summer, the actions of thousands of protestors alongside the leadership of Austin Justice Coalition, Grassroots Leadership, Communities of Color United, Undoing White Supremacy Austin, and many others brought one of the biggest budget reallocations the city’s seen so far. While coming short of many activists demands, the $20 million reallocated from the police budget will support programs for survivors of domestic violence, homelessness, and more.

And during election season, after declining to pass mass transit measures in 2000 and 2014, Austin overwhelmingly voted for Project Connect. A $7.1 billion plan, Project Connect includes a light rail network of 27 miles with 31 stations across the city, a downtown transit tunnel, and expanded bus service. Critically, the project includes $300 million for anti-displacement investments, to help ensure that residents that need transit the most don’t get priced out of their neighborhoods as transit brings increased investment and development.

As Mark Wigley, an architectural thinker and leader who was an early proponent of deconstructivism in architecture, once wrote, “architecture never derived its force from stability of culture, but rather from the expression of those moments when that sense of stability slipped.” 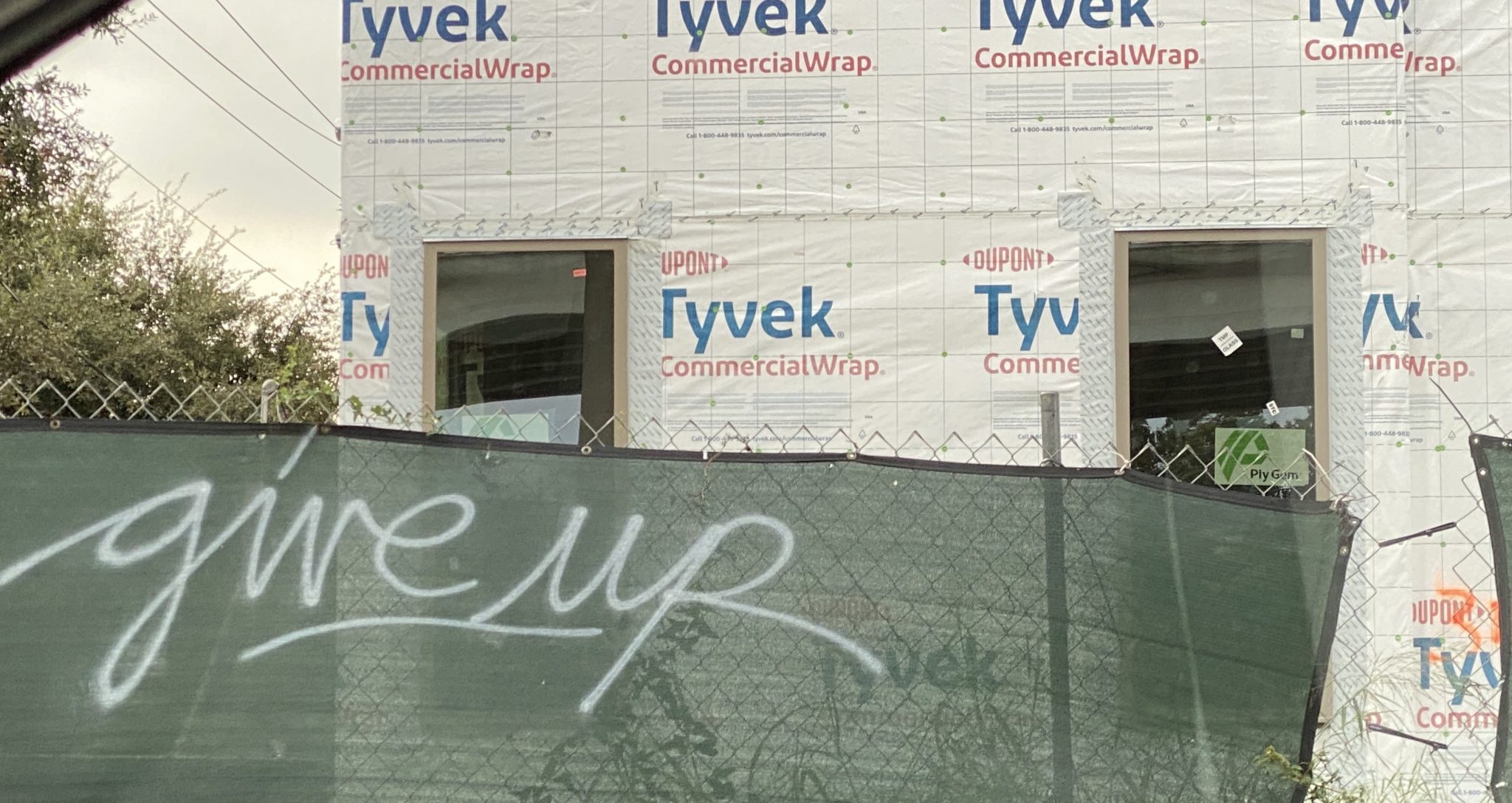 This year, we have all experienced a slip in stability. As we reflect at the close of this immensely turbulent, demoralizing, and painful year and project forwards, I want us to hold our collective loss and vow to bring the lessons we have learned with us into the future.

The brutal effects of the pandemic are part and parcel of our highly stratified, privatized present, rather than an aberration. What I have witnessed this year, time and time again, is that our actions affect others. Even though there are many things that separate us, no less the very structures of the city itself, building a humane future for everyone will require adapting as individuals in community with each other

Our built environment in particular, expresses our values, and it shapes both our daily lives and how well we can withstand future crises. We know what plagues us now in the city where we live — increasingly uninhabitable heat and draught from climate change, inequality, gentrification, the list goes on.

I’ll be sharing designs, sketches, interviews, and inklings from leaders in Austin’s urban environment that are already thinking radically, imaginatively, and holistically about the city where we live.

Welcome to our future.